Samsung is on it again! For they’re releasing a brand-new update to their arsenal of smart devices, ultimately made to make your life more comfortable in every step that you take.

The Samsung Galaxy Watch is the name of Samsung’s latest smartwatch and finally puts aside the rumors that the wearable device would be called Samsung Gear S4 or Samsung Gear Sport 2.

Samsung has improved their recent technology venture with the Gear S2 and Gear S3, combining an excellent design with a simple interface and a large rotating bezel. However, it’s time to update the series, and Samsung has released its latest and best smartwatch, the Samsung Galaxy Watch.

The Galaxy Watch comes in two different sizes, 42 mm and 46 mm, and was announced together with the Samsung Galaxy Note 9.

Whether you’re looking for a new smartwatch on the market or just interested in the new device, here’s everything you need to know.

The Samsung Galaxy Watch is available in two sizes: 42mm or 46mm. The first one is the larger watch, which has a thickness of 13mm and weighs 63g without the strap.

The larger watch only comes in a silver colorway, but you can choose between official 22mm straps in black, blue or gray. 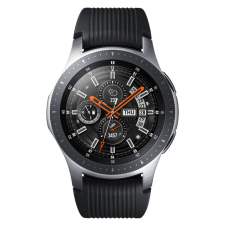 The smaller version weighs 49g without a strap and is slightly thinner at 12.7mm. Here you can choose between the Midnight Black or Rose Gold colors. 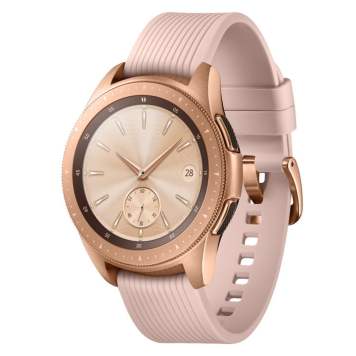 The colors of the strap for this model are black, gray, red yellow, purple, beige or brown, you can also use other 22 mm straps if you do not like the colors directly from Samsung.

Both versions of the watch come with a rotating bezel, which is a unique way to interact with a smartwatch that we have seen on previous Samsung devices.

It is also perfect for swimming, with water resistance up to 5 meters. There is an AMOLED screen on the watch, although we do not currently know the size of the screen either for the watch or for the resolution.

As for the screen, the larger of the two watches are equipped with a 1.3-inch AMOLED circular screen, while the smaller one is equipped with a 1.2-inch screen. Both have a resolution of 360 x 360 and are protected by Corning Gorilla DX + tech. 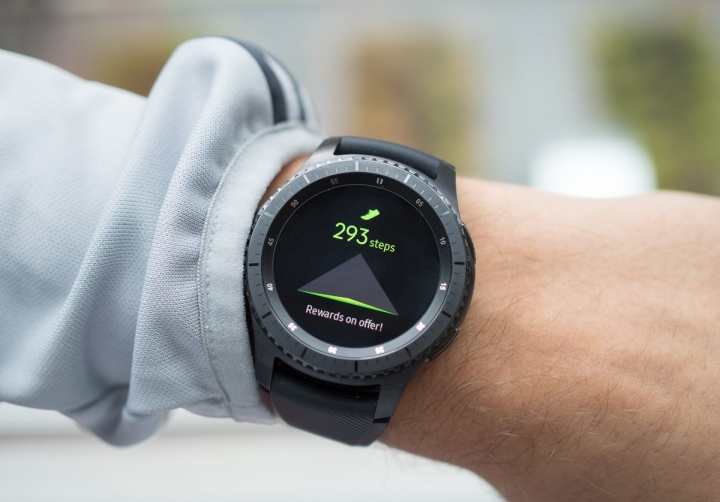 Samsung has placed a great emphasis on monitoring fitness here. The smartwatch automatically detects the workouts which you are doing, with many options such as cycling, yoga and more.

The watch also has sleep detection functions. Not just that, the device is also equipped with a heart rate monitor and detects when your heart rate increases and provides guided breathing exercises as a way to control stress.

The device also records up to 39 workouts and can automatically monitor 6 of the most common workouts that you’ve recently done. All this information goes directly to the Samsung Health application, making it easily accessible from your Samsung phone.

The device also includes Bixby, Samsung’s digital assistant. The device is designed to work seamlessly with Samsung phones, but also works on any phone with Android 5.0 or later, as well as on an iPhone 5 or later with iOS 9.0 or later. 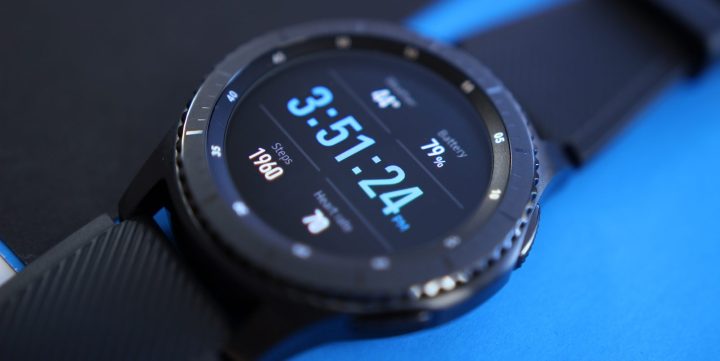 The Samsung Galaxy Watch 46mm has a huge 472 mAh battery, while the smaller model has only a 270 mAh cell. Samsung has said on stage that you can use the Galaxy watch for seven days without having to recharge, but it remains to be seen in what will be the result after using it on real life.

If the 42mm can make a total of seven days from that size cell, we would be surprised. Samsung could talk about a low-power mode that will disable some of the main functions of the Galaxy Watch.

There is an LTE version of the watch, which means that you can receive all notifications and more, even if you do not have the phone on while you are away from home.

However, it is necessary to have an LTE plan enabled to do so so it could cost a little more each month. Both versions of the watch will have 4GB of internal memory.

Inside the watch, there is a 1.15 GHz Exynos 9110 dual-core chipset, a completely new piece of technology that you’ll ever encounter on any wearable smart device. The 4G version comes with 1.5 GB of RAM, while there are 768 MB of RAM inside the smaller one.

The Samsung Galaxy Watch has just been announced at the latest Samsung Unpacked event in New York, but at the moment there’s no exact price for the device.

Samsung said that there will be a Bluetooth version of the watch which is only available for purchase in the UK.

The estimated price for the watch will probably be around $349/£349 (around AU$475) since it’ll be closely priced as the Samsung Gear S3.

The LTE version of the watch will not be sold until later in the year. There’s no current news of which carriers will support the brand-new watch in the United States and Australia, but Samsung said that they’re working with multiple partners recently.