The OnePlus 6 has finally arrived. If you’ve never heard of the brand, it’s a Chinese company known for selling phones with high-end specs at affordable prices. This includes good design, impressive build quality, clean Android software without bloatware and specifications that rival and sometimes surpass the Samsung Galaxy S9. 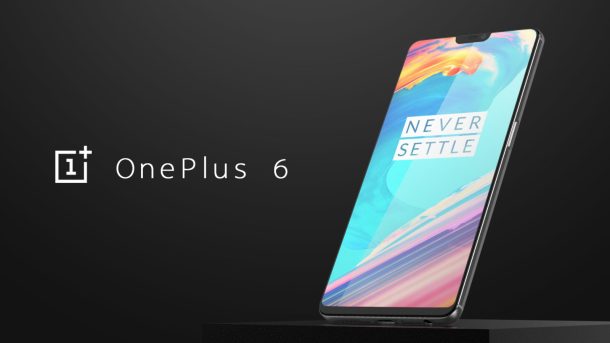 With the success of its 2017 line up, the 5 and 5T smartphones, the Chinese tech-giant has strengthened its reputation as premium phones with first-class hardware sold for hundreds of dollars less than Apple’s and Samsung’s high-end devices.

Perhaps the most important difference between OnePlus 6 and its predecessor, OnePlus 5T, is the design. As expected, OnePlus adopted some design trends in 2018, including a larger edge-to-edge screen. Unlike other phones on the market, there are still bezels, but they have been significantly reduced.

You can use the front camera to unlock the phone or you can opt for the fingerprint sensor on the back. Face Unlock is not as secure as Apple’s Face ID, unfortunately, and it’s just for the convenience of security.

On the back of the phone, you’ll find a double rear-facing camera, along with a flash and fingerprint sensor and the OnePlus logo. Despite the crowded design, it seems very minimalistic and elegant, which is good news for those who appreciate an simplistic and optimized design. At the bottom, there’s a USB-C port and a headphone jack, along with a lower power speaker. The phone supports OnePlus Dash Charge fast charge technology.

With a Snapdragon 845 and up to 8 GB of RAM, the phone should be able to compete face-to-face with any new flagship smartphone in the performance department. In fact, it can be even better considering the screen with slightly lower resolution. The 3,300 mAh battery is not huge but should allow spending at least one day of average use.

Like the previous OnePlus phones, OnePlus 6 introduces the latest version of OxygenOS, currently based on Android 8.1 Oreo. In general terms, OxygenOS is similar to the Android stock, with many more customization options and other visual adjustments.

According to OnePlus, the camera uses artificial intelligence to create a better portrait mode, even if we have to wait and see how beautiful it is. The camcorder is capable of recording video up to 4K up to 60 frames per second and has a super slow camera mode that can record video at 720p at 240 frames per second and 480 frames per second. The difference is that you can do it for up to a minute over time and allows you to select the parts you want in slow motion. The camera application also has a new video editing function.

It comes with a Brand new Pair of Wireless Earphones

What’s better than OnePlus 6? How about OnePlus 6 with a pair of Bluetooth heads that react intelligently? The new pair of headphones with a OnePlus Bluetooth cable will be released shortly after the phone is launched.

The wireless projectiles are milled aluminum to create a lightweight and comfortable, while elegant design. When not in use, the two headphones can be attached magnetically to avoid tangling and, when used with OnePlus 6 or 5T, joining the two parts cuts the music intelligently. That’s not all since OnePlus has promised that a future update will allow users to answer calls to their OnePlus 6 or 5T when they release the headset.

The battery is always a problem with the Bluetooth headset, but OnePlus has also worked on this, building their famous Dash Charge on the headphones. Ten minutes with any USB-C cable will give your headphones enough juice for five hours: you’ll have an eight-hour battery life with a full charge.

OnePlus loves special edition phones. The first one based on OnePlus 6 to be officially announced is the Avengers: Infinity War Edition, created to celebrate the blockbuster movie of the same name. OnePlus collaborates with its partners in the right way, adding more than a few screen backgrounds and a special box, and this version proves it. However, it will not be easy to buy: the phone has only been announced for China so far.

What do you get? The OnePlus 6 Avengers: Infinity War Edition has a special carbon-like rear panel, complete with OnePlus logo and golden Avengers and a gold slider on the side. Inside a commemorative box, there is an elaborate case for the phone, realized in the image of the iconic mask of Iron Man. One of the six Avengers medals inserted randomly will be inside the box.

The OnePlus 6 64GB will cost AU $820 and the 128 GB version will start at AU $900. This would make it more expensive than its predecessors, but still much less expensive than Apple’s and Samsung’s competing phones. In April, an anonymous publication on the Chinese social media site Weibo had suggested that OnePlus 6 would cost $749.