The brand new BlackBerry Key2 is the answer for all those die-hard BlackBerry fans that have been waiting for a new model for the said brand. The new BlackBerry Key2 smartphone was revealed last June 7, 2018, in New York City, United States of America, with its tagline, ‘An icon reimagined’.  To that extent, it’s more like a refined version of last year’s Key One in some ways. First, the BlackBerry Key2’s keyboard is 20% larger than the Key One and it has a brand new key. 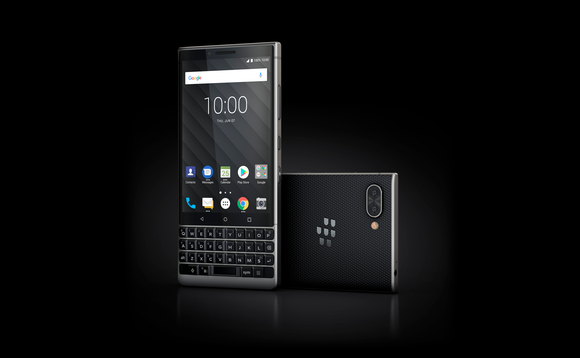 The BlackBerry Key2 leaked online yesterday and it features a Qualcomm Snapdragon 660 CPU, 128 Gigabyte of storage space, 6GB of RAM, has a dual camera with an 8 MP front camera and 12 MP rear camera, a 3500 mAh battery and sports an aluminum frame, all in one powerful smartphone. The Senior Vice President of BlackBerry Mobile, Alain Lejeune, call the BlackBerry Key2 “a distinct smartphone that captures all the traits that have made BlackBerry smartphones iconic” hence its tagline, and it also refers to the new BlackBerry Key2’s special keyboard – featuring a touch-enabled, 35-key backlit keyboard. Aside from this, BlackBerry Key2 also sports a 4.5 inch, 1620 x 1080 IPS LCD screen, a 3.2 aspect ratio, with a 2.5D Corning Gorilla Glass which provides protection against scratches or knocks.

In comparison to last year’s BlackBerry Key One, this Key2 has several improvements, from the design, to the phone’s internals, and to the phone’s dual cameras. These are just minor improvements since the company focused on the primary feature of the phone which is its keyboard. It may not be the most powerful phone on the market at the moment, but because of its price point and its unique features.

The BlackBerry Key Two will be available immediately at the end of the month. Furthermore, the UK will be receiving a dual sim version of the said phone, with more available countries to follow. A 128GB version of the phone will also be available, but there is no price and releasing details for that yet. At around $649 per phone, it’s not the most expensive phone out there, but it surely packs a punch.

The main feature of the BlackBerry Key 2 is its iconic keyboard. The unique keyboard of the BlackBerry, however, is still in question because of the rise of smartphones nowadays. But, BlackBerry still pursues the idea that physical keyboards are still relevant and have a place in today’s technology. One problem is that your hands may feel alienated with the keyboards of the BlackBerry Key Two, but nevertheless, your fingers will soon have muscle memory and you’re back to physically typing on your phone.

This new keyboard has improvements from last year’s Key One, from having a matte finish rather than glossy ones, making typing easier and less slippery. Not to mention that they are now slightly raised to make them more accessible. Moreover, the Key Two’s keyboard buttons also function as a touchpad. You can now easily caress your keys up and down to move the screen in time. It’s a nice touch that feels innovative and natural to the user.

Aside from this, there’s also a new feature of the BlackBerry Key Two that uses the keyboard buttons. Called the Speed Key, it functions like the Shift key of a computer keyboard. In simpler words, you can assign an app to a specific button of the keyboard and then you can immediately access the app.

With a 6GB RAM, the BlackBerry Key Two allows you to have fast access to different applications. There’s also a DTEK app security meter working in the phone’s background, making you feel more secure since it lets you know which apps want which permission and why. This proves the BlackBerry Key Two maker’s claim, saying that this is the most secure Android smartphone today.

Overall, the BlackBerry Key Two has a pretty decent design, noting the way it is priced. The way it is designed makes the user feel like the whole smartphone is made out of glass or metal. There’s also a metal rim around the side of the phone, a Gorilla Glass for durability, and card slot trays for the SIM and the microSD card.

The right side of the phone hold all the necessary buttons, the Power button, Convenience key, and the Volume buttons (up / down.) This design was made by BlackBerry to allow the user to have less wiggling around and shifting when finding a specific button to press. Aside from this, the button feels easy and natural to the hands, and they are all easy to find.

With the screen size of the phone being a little bigger than last year, a 3:2 ratio, there’s less forehead space. This results in a nice sharpness and screen quality of the phone.

The BlackBerry Key Two is powered with Android Oreo 8.1, meaning that the smartphone comes with a Google Assistant and Lens, with a full access suite of Google Play apps. A rear camera of 12 MP is also an improvement from last year’s Key One, allowing the user to take more high-quality photos.

Other notable details of the BlackBerry Key Two includes a big focus in UI, emphasis on phone privacy, with private folders preventing content and data to be backed up and private web browsers that do not track any browsing activity, and support for Qualcomm’s Quick Charge 3.0 technology.

Overall, the BlackBerry Key Two is not the best phone out there on the market now. But, BlackBerry did not aim to be the best smartphone for now. The phone merely focused on making itself standout, hence the physical keyboard that is rarely used nowadays, and emphasizing on its iconic brand. This phone may not be your first choice, but if you are looking for a decent smartphone and don’t mind the physical keyboard, then this is perfect for you.