After being delayed, LG has finally released another marvelous smartphone. For they’re finally unveiling their new LG G7 ThinQ, an ideal device that contains almost all the features you would like to see on a 2018 modern day smartphone. 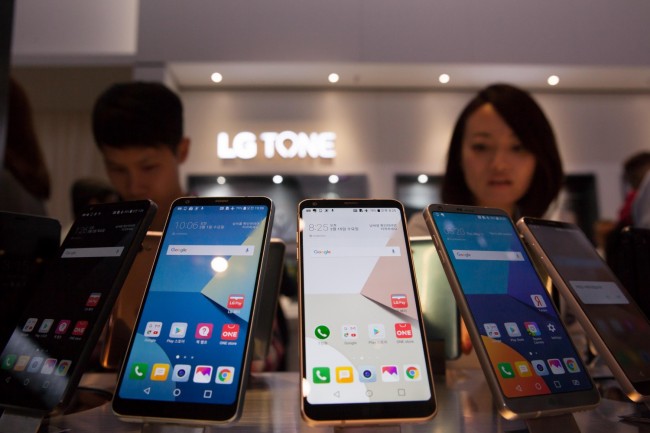 As expected, the LG G7 ThinQ has a lot of new features, aside from its design and its name that is somewhat uncomfortable to pronounce. To simplify this, we’ve listed some important changes with LG’s new flagship smartphone, so read on to know more.

LG should have revealed the G7 at Mobile World Congress 2018. However, the plan was discarded and instead, they launched the V30 and V30s + ThinkQ. The rumors suggest that LG was having some internal problems that eventually caused the delay.

In appearance, the G7 looks like many other premium Android smartphones on the market. There is a notch at the top: Android designers cannot help but copy the iPhone X design. There is also a USB-C port for charging, while on the back there is a fingerprint scanner and the dual camera of the G7.

There is a dedicated button for the Google Assistant on the side, similar to how Samsung phones have a button for Bixby’s personal assistant. When pressed, the voice assistant is displayed, while a long press calls Google Lens, a camera mode that can scrape data from the subject of the photo.

In the configuration menu, LG calls it a second screen, which may be a nod to dual-screen smartphones that were pioneers of the LG V10 in 2015. But the fact is that it’s still a standard level. 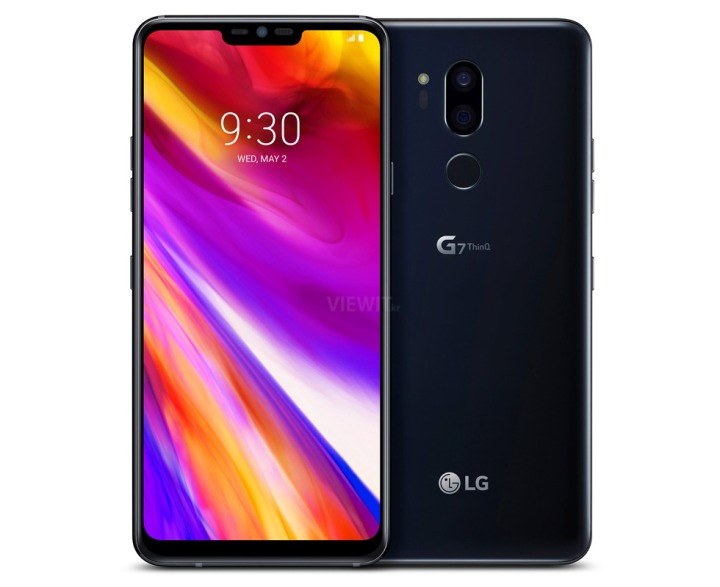 Another thing to keep in mind is that the LG G7 ThinQ screen has been degraded into an IPS panel. For a long time, LG has used OLED displays in its high-end devices. Probably one of the reasons they came back is because IPS panels are much brighter, easier and cheaper to produce.

In addition, the screen covers 100% of the DCI-P3 color space and has compatibility with Dolby Vision and HDR10.

LG’s new flagship device features one of the fastest processors. This phone works with a Qualcomm Snapdragon 845 processor, with 4 GB / 6 GB of RAM and 64 GB / 128 GB of internal memory.

Also, the reason behind your “ThinQ” LG G7 brand is your Artificial Intelligence (AI) skill. Many manufacturers like to use the term “AI” in the characteristics of their devices nowadays, so it does not surprise us at all. Speaking of artificial intelligence, LG is also doubling its virtual assistant. They are at a peak that they’re too busy to handle things, so busy that they even added dedicated hardware to the assistant button, just like Samsung. 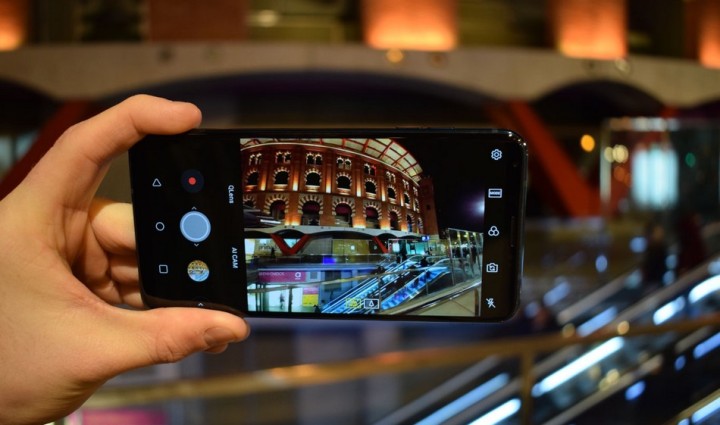 Its dual-lens AI camera also emphasizes ThinQ, with its ability to categorize subjects and automatically adjust their settings to take better pictures through machine learning. You can also recognize low light situations and use the Super Bright mode to take photos and videos four times brighter than G6, even at a reduced resolution.

It also has a powerful built-in microphone to capture your voice up to 5 meters. Unfortunately, just like Samsung’s dedicated hardware, the button cannot be re-mapped. Fortunately, it uses the Google assistant itself, which is the best existing virtual assistant.

LG has always been serious about their audio game and clearly shows up in the new LG G7 ThinQ. This phone is equipped with a 32-bit Hi-Fi DAC, which can power almost all high-end headphones with maximum fidelity.

If you’re playing these songs via headphones, you have the option of using the DTS: X 3D configuration, which offers a wider interpretation of the music, similar to Dolby Atmos.

There is also a switch in the settings for the G7 Hi-Fi Quad DAC, where you can also change the digital filter and the equalizer. The LG G7 ThinQ also has a really loud speaker. LG claims to have used the remaining space inside the device to adapt to serious speaker drivers.

The LG G7 wins its design-build, although it does not have many exceptional features. It does not take great design possibilities or battery life, but it looks elegant in most colors and lasts long enough with everyday life.

Its greatest weakness is the price, particularly in the United States. UU., Along with its competitors who do things a little better in almost all departments. Depending on where you live, it’s a good deal for a phone without too much detail, just plain simplicity and good performance.