It’s been a few years, but Apple’s entry into the smart speaker market has finally come in the form of the “HomePod”, a Siri-compatible Wi-Fi speaker that can be controlled almost entirely by your voice.

It’s a unique smart-device, unlike Amazon’s Echo or the latest Google Home devices, for the HomePod is designed to play music and answer questions on time. It’s currently available in white or dark gray, and it’s roughly the size of a melon, making it larger than it appears in the images, but much smaller than the sound it pumps. The configuration is simple, even if you don’t need an iPhone, iPad or iPod Touch, the HomePod is legitimately made for Apple devices only, specifically an iOS which runs the version 11.2.5, and in order to run it, you’re gonna want to have a single Apple hand-held device that has an iOS that is running on the latest version. 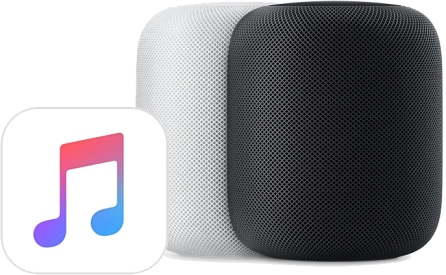 Another thing to stress out about the HomePod is that without an Apple Music subscription of $10 a month, you will not get the most out of it. You can still use it to play music from your phone wirelessly via AirPlay (even from Spotify) and still use Siri to pause, skip and ask what it’s playing, but you can only play direct voice requests for certain songs or albums. Complete with Apple Music (or songs uploaded to your iCloud music library).

Although this high-quality smart-speaker is off-the-charts when it comes to sound quality, it still doesn’t fit the budget-friendly code if you’re looking for a nice and convenient speaker that won’t steal a lot from your pockets, for the price of this Apple device is a weighty $349 / £319 / AU$499. The company has already launched their first wave of products on February 9 in selected places only.

This makes it one of the most expensive smart speakers on the market, even though it’s not that highly anticipated, it still packs a punch in the digital market due to its brand popularity. If you’re wondering if the price is too high for a speaker, don’t worry, for Apple is still in the process of justifying the price by embedding Siri inside and offering premium-quality audio.

If you are a subscriber to Apple Music, you will use Siri much more to control the HomePod than with your iPhone or any iOS devices. There’s a screen at the top that you can play or pause, with the touch-sensitive volume buttons on each side, but it’s really there to show when Siri listens. Talking with HomePod is a habit easy to insert, at least from a technical point of view. Inside there are six microphones, so even if you look at the other side of the loudspeaker with the music, you should not raise your voice to hear it and turn down the volume when you say “Hey Siri” with the music playing.

It’s actually easy to access Siri when you’re using this device, especially in distinguishing if you’re using it through your iPhone or the HomePod itself, unless you register the phone at that time, in which case it will still briefly wake up when it hears the magic words before realizing it’s not needed. Most of the time it’s not a problem, but if you move on Twitter and want to play music, things can be confusing, for it only acts to accumulate one command per time.

The HomePod is actually quite compact with its built-in design. This is because this speaker is incredibly dense and has a weight of 2.5 kg in its 172 mm (6.8 inches) frame height. It has a built-in systematic woofer and seven tweeters, each with its own amplifier, and six microphones distributed to help you get your voice when you call Siri.

However, apart from its progressivly modern design, there is no other physical connectivity offered for this device, which unfortunately means that there is no auxiliary port to connect a turntable or other devices.

The overall Audio quality for the HomePod is superbly satisfying. It’s as premium as its title defines it. It could easily fill a room with its loud and clear sound quality, with a clear separation between all the elements of the music tracks.

It is certainly at its best when it is placed against the wall, separating the sounds well, with elements like the voices that arrive with incredible depth.

Overall, this device is totally worth to buy, if you’re a devoted Apple fan. However, if you don’t have any Apple devices currently in your possession, then it’s best to try other speakers out there for this expensive, premium Apple speaker is basically designed for Apple products itself. So, to sum it up, this device offers premium sound-quality with an average point for its smart-system control, for it’s still under the process of being developed by Apple with further product surveillance. All in all, a modern voice-controlled wireless speaker that’s best for your iOS devices. 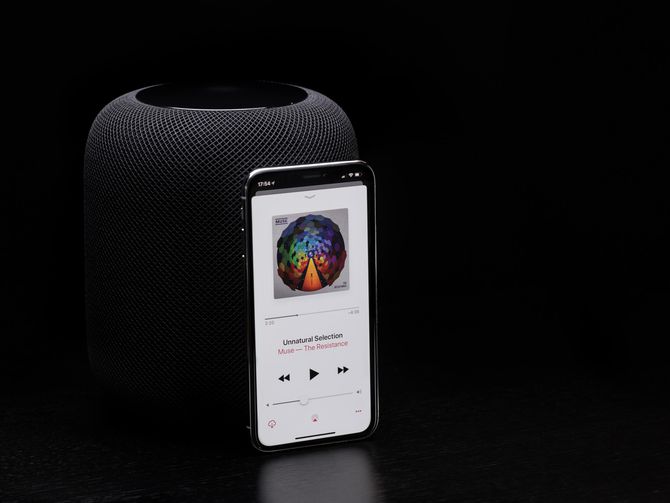