Google’s all-new creation, the Pixel, is one tough contender to rival Apple’s newest iPhone this year, the iPhone X. With all of its fantastic features that make it so unique from any other smartphone in the market, it’s still working its way up to be ahead of the competition.

The Google Pixel is essentially Google’s attempt to emulate Apple In the smartphone business. It controls the software and the hardware and, therefore, all the revenue that both generate.

The push with the Pixel is about refining the Android experience, incorporating the ideas of experts and developers about taking more control over the Android ecosystem and giving that glimpse of a redefined idea of how Google really works with a smartphone.

Looking at the same context, Apple’s newest iPhone, the iPhone X, also including the previous versions, the iPhone 8 and 7, are all decent enough to lead a large market value in the Digital market. This is because a lot of consumers have been already into iPhones ever since the very first one was made.

But because of this, will Google’s latest creation, the Pixel, get ahead of the smartphone competition?

Before we dig in to see which smartphone is the best as of today, let’s take a quick look at some of the features that each of these digital beasts holds.

First one, the iPhone X

The iPhone X is essential, a refinement from its previous versions. Now leading the game with improved power management, marginal improvements in battery life, big uplifts to performance and graphics and vastly superior imaging. Imaging is the big USP, however, though the biggest talking point was undoubtedly the removal of the headphone jack.

Powering the iPhone X is Apple’s newest A11 (Bionic) chipset. This thing is a monster, there’s no other way to describe it. It’s basically on par with the 13-Inch MacBook Pro, literally outperforming the iPad Pro with ease. With respect to processors, Apple is way ahead of the curve. Apple has always done more with less aboard its iPhones, but these last few releases have featured super-high-end power and that translated into exceptional performance across the digital world.

The other big difference with Apple’s iPhone X’s range is to do with storage. Previously, Apple favoured 16GB of storage for its base model, then Apple ditched 16GB in favour of 32GB and added in the 256GB option for the iPhone X.

Clearly speaking, the iPhone X is more about its huge, redefined interface with its newest, superb features that captured millions of consumers in the market today. Also, with the newest addition of its enhanced operating system, and considering its overwhelming price, it’s still a tough smartphone to beat.

Now here’s a look at the Google Pixel 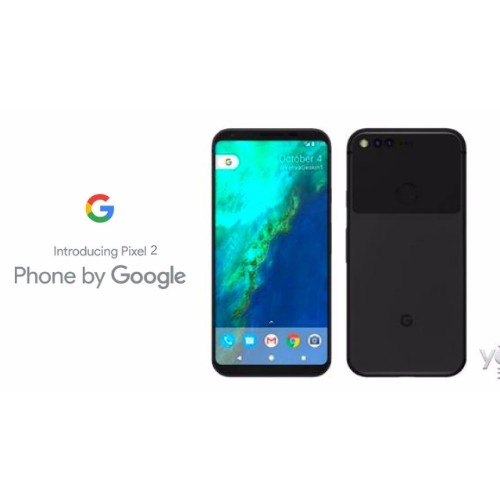 What makes this phone powerful enough to possibly beat the monstrous iPhone of today, the iPhone X?

Well, it’s quite simple, because it’s literally engineered and designed to mainly to overpower the iPhone’s reign.

The phone comes with a Qualcomm Snapdragon 821 chip which is said to offer a 10% boost to processor performance. They also have 4GB RAM and run the new Android Nougat OS, but it’s that Snapdragon 821 that has us most excited.

Also, this powerful smartphone also comes with the newest feature that plays a huge role in the leading digital enterprise, the VR (Virtual Reality) instalment that is currently set for Android users, which is currently not available for any Apple products.

A simple comparison with the design which thoroughly comes complicated, so with regards to which handset looks more attractive, it’s entirely subjective. Both designs are clearly very clean, high-tech, and tidy, so they each have that going for them.

While Apple’s stuck with a fairly familiar overall aesthetic with the metal surround and back panel, Google’s look is a little less glamorous, shunning the brushed metallic premium vibe in favour a more industrial appearance, it’s still metal but incorporates a two-tone partial glass back panel design on the rear.

On top of that, the adoption of a capacitive touch Home key also contributes to the newly smoothed exterior aesthetic. Additionally, while Apple still incorporates its Touch ID fingerprint scanner into the front-mounted Home key, Google’s fingerprint scanner is on the back of the device.

The Pixel design has been one of the most talked about aspects of the criteria of handsets. According to many reviews, however, the iPhone is arguably a more stylish, better-designed handset.

One area where it is harder to pick a winner is in the imaging department, as both phones offer exceptional performance in this regard. The Google Pixel’s camera is utterly superb and, in the right hands, can take some truly astonishing images.

The iPhone X, however, features a dual-camera system like the iPhone 8 Plus and 7 Plus before it, but with some noteworthy improvements such as the addition of optical image stabilization on both lenses.

The specs of the rear cameras on the iPhone X and Pixel are pretty similar. They’re both 12-megapixel modules with a 2x optical zoom feature, and both phones have dual optical image stabilization. The cameras are so good on these phones, both can be used in a professional capacity.

Both are brilliant designs, and both are technically made to fascinate the current consumers today. To sum it all up, Google Pixel is indeed a powerful contender to go against the iPhone X.

Google Pixel might just be the one to have beaten the iPhone business for it has shown quite an amount of improvements for this year, though it’s still on the verge of development, it has yet to show for Google still progressing to step up ahead of its game.

So, if you’re on the fence about which to go for, choose the one that fits you and your style, after all, it all depends on your smartphone style and comfort.

And while you’re at it, make sure to check out these sweet new gears for both of these phones,

Like this one, if you’re more into the Google Pixel, how about covering it with this all-new Black Carbon Fiber Texture Google Pixel 2 Case?  This is perfect to match that stylish black atmosphere while maintaining that minimalistic look for your phone!

And, if you’re more into the iPhone X, how about giving it a brand-new look with this all-new Black 3D Diamond Armor iPhone X Case,   which gives off that fine, metallic finish to match your phone with a luxuriously stylish atmosphere while giving it an extra-protection! 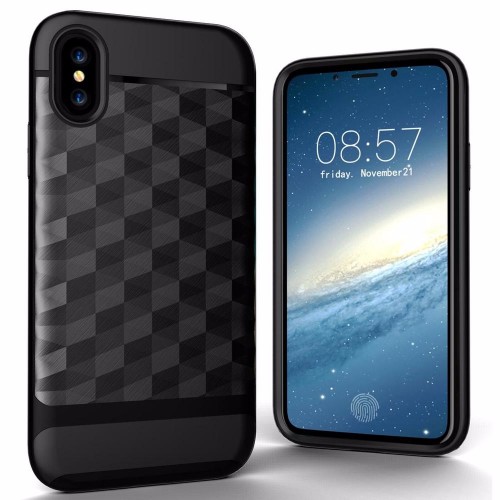