The smartphone industry is absolutely full of surprises. One moment, it is one smartphone on the top sales, and the next, another model has seized the position. If you want to know what is happening in the sales, then you should also consider the latest flagship of each company. It is most likely that the latest released smartphones are also the most loved by the users, therefore a higher sale.

Let’s start with the iPhone X first. iPhone X is one of the three flagships that the Apple Company has released this year. It is also the company’s 10th anniversary iPhone. It has futuristic features that can totally let everybody devour on the services that it offers. Plus, it also boasts of its security because of the all-new Face ID.

The compact size of the iPhone X also plays a role in making it one of the best smartphones this year. You can hold it in one hand and you can also use it conveniently so. There is no hassle in using it while you are walking.

Another biggest transformation of this iPhone X is its all-screen display. As you may notice, it is made of glass, both its front and back. The back is designed to be made of glass too in order to support another huge technology integration of Apple Company into its iPhone, the wireless charging.

iPhone X is compatible with Qi chargers so you do not really have to worry about where you can charge up. But since not everybody loves wireless charging, they prefer to use the USB port instead. Apple Company has already seen this coming and thus, made such charging option available for iPhone X.

Because of the impact that the futuristic features of iPhone X among the people, this revolutionary iPhone has a market share of 1.42% in just two weeks. And in fact, during the first day of the pre-order for iPhone X, there has been a massive request that it was all sold out in just a few hours, if not minutes. This just shows how impressive iPhone X is.

Pixel 2 is one of the latest flagship of Google Company this year. Google Pixel 2 is awesome in its own way too. It is worth noting that one of its special features is that it is waterproof. So, you can actually be drench in the rain and just enjoy the moment without having to worry about your smartphone getting damaged by being wet from the rain.

Portrait mode is also functional in Pixel 2. Apparently, the other versions of Portrait mode only make it accessible with smartphones that have larger dual cameras, however, this is not the case with the version of Google. This is definitely impressive because this version of the Portrait mode can function with Pixel 2 and with the other 2017 Google flagship as well, the Pixel 2 XL.

Assistance in your Pixel 2 use is also a bliss. You do not need to locate the application nor look for the right button to actually access the Google Assistance. Pixel 2 is amazing such that you only have to squeeze it and voila, your Google Assistant comes up, and ready for your queries. Nice and easy.

Although, unfortunately, there is not much data to show just yet as to the market share of the Google Pixel 2. It is promising though to be on its way to the top especially with its features and the software that it boasts of. One particular thing is the Artificial Intelligence that has been integrated into the system.

With the accessibility of the Google Assistant, Google Pixel 2 might have a chance of being one of the best smartphones in the market. It just needs to prove itself especially with the other features that are totally covered by the iPhone X and so many other smartphones out there. So, can Google smartphones become a leader in the smartphone industry?

That is a question that cannot be answered with a certain yes or no at this moment in time. We should wait for a few more months and with the reviews that users may have regarding the Google’s latest flagship, it might open a window of opportunity for the Google smartphones to be on top.

As you have the best and most convenient smartphone, you also need to protect it from the daily wear that it may suffer. Just like the others, it is also prone to the scratches that you may not even realize to have existed. Here are some stylish protections that you can have on your smartphone. 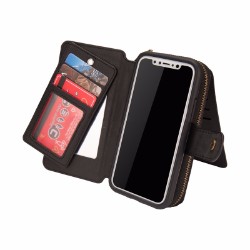 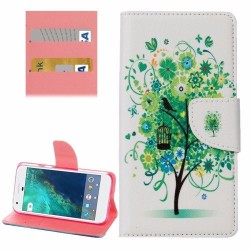