With all of the upgrades in technology, you surely wouldn’t know what comes next. Updates on smartphones, updates on new features and specs of another flagship, updates on another awesome app for your phone. These come and go but leaves you in awe. There are just a lot of impressive things that technology can do.

And right now, you will be more amazed than ever. Did you know that your smartphone can actually be connected to your car? Nope, that’s nothing new. But, have you ever heard of Android Auto? This is a new software that casts Google Now Interface and you should definitely know more about it, especially, on how you can take advantage of this new technology.

But first, what is Android Auto?

You just cannot imagine how far your smartphone can go. With your Android phone right now, you can make use of the Android Auto as your accessory in your car in order to cast out boredom and welcome excitement and fun as you go on a long ride whether you are alone or you have company.

Android Auto is an application that you can find in the Google Play Store. This can be connected towards your car and have an infotainment display with just the use of a USB, instead of the old-school HDMI, which would only reflect what is on your phone towards your car’s dashboard. That’s pretty boring.

And, because this is quite a new development in technology, there are some limitations on the use of this app. It is only when you have a smartphone that runs on Android 5.0 Lollipop and newer are the ones who can have the enjoyment of having this. Plus, those with the necessary driver-safety measures can access it as well.

What makes this different from the other already existing apps is that, instead of a Bluetooth audio streaming, you can have it through USB. Although phone calls have the same function, it needs to be connected to your car with Bluetooth in order for you to go hands-free on your phone while taking a call while you are also driving. Perfect multitasking tool.

But, of course, as much as not all Android phone can accommodate the Android Auto app, the same goes for the cars as well. Right now, brand new cars with the high technology that is needed to run the app are the ones in which you can try on in order to have this app on the go. Although, existing cars in the market right now may be updated for some time.

In Australia, there are already a total of 40 automakers who have been selling brand new cars that are ready for the Android Auto technology. Some example of these automakers is the Cadillac and Chevy which have both announced that their new car models have been integrated with the Android Auto already. The same goes with Chrysler with its next generation of Uconnect interface, however, there has not been any confirmation as to which car models would have it. Ford also made a decision to have all of its 2017 model cars with SYNC 3 will have the app which would start with its Escape crossover. Its 2016 car models are going to have it too but it would need some time to update first. And, of course, Volkswagen will have it in their lineup of cars too, with the exception of Touareg and Eos which belong to the oldest model.

Obviously, your smartphone needs to be an Android in order for you to have this app. But, not only that. It should also run by the Android 5.0 Lollipop or newer, as mentioned earlier. This is way easier for you to do than upgrade your car into the latest with that would surely come with this technology.

How to setup Android Auto on your smartphone?

First, you need to be certain that it is running the required Android 5.0 Lollipop or newer. In fact, if you want to have the better performance, you can actually opt for an Android 6.0 Marshmallow and newer.

Second step that you need to do is to download the Android Auto app from the Google Play.

Third step is to make sure that your smartphone has a strong and fast network connection. You will need this in order for you to enjoy the advantages that come with the Android Auto app. And, when installing it on your phone, it is recommended that you do it in an area where there is excellent Wi-Fi connection in order to have a fast installation process.

Then, you can start Android Auto once it has been successfully installed. Usually, it would pop up a notice where you would be required to install Google Maps as well. You do it for a wholesome experience and review the Safety Notice and Terms & Conditions that would be shown on your phone’s screen.

Since you are a first time user, the steps will be shown for you as to how you can successfully start the app. Just follow through and you will be fine. Basically, you just have to accept all permission and requests in order to have an awesome experience with it.

After doing so, you need to enable notification access for Android Auto. Then, if you can see that your phone is already paired up with our car’s Bluetooth, you can select the device to enable the auto launch the app.

You need to remember though that you have to drive safely even with the Android Auto. You still have to obey the applicable laws and get rid of trouble by following every safety precautions set for you.

But, even with this efficient app, you still need to have a holder for your phone. You just can’t let it slip on your car’s floor while you are driving. And, most especially, you need to protect it from the accumulation of dirt that you may not be able to notice as it happens. Thus, here are some suggestions that you might want to consider. 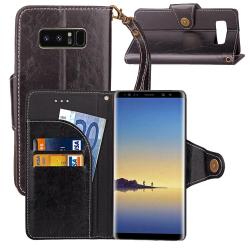 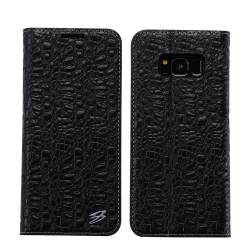 Follow us on Instagram
Lovely light purple leather wallet cover with playful butterflies will protect your phone from scratches, drops and bumps. It comes with a built-in kickstand for you to enjoy media hands-free! 🦋 💜
Happy Mother’s Day! 💐
Update your phone’s look with our beautiful, classy, and elegant wallet cases. Available in different colours for various Samsung Galaxy and iPhone models! 🤎😍
The Anzac Day Sale is On!
Style, safety & sustainability! This case has a clear back so your phone’s modern design is visible to show off. 🔝📱
Easter Sale 2022! 🐣
Follow us on Pinterest